Rising sea levels, Sri Lanka and lessons from the Dutch 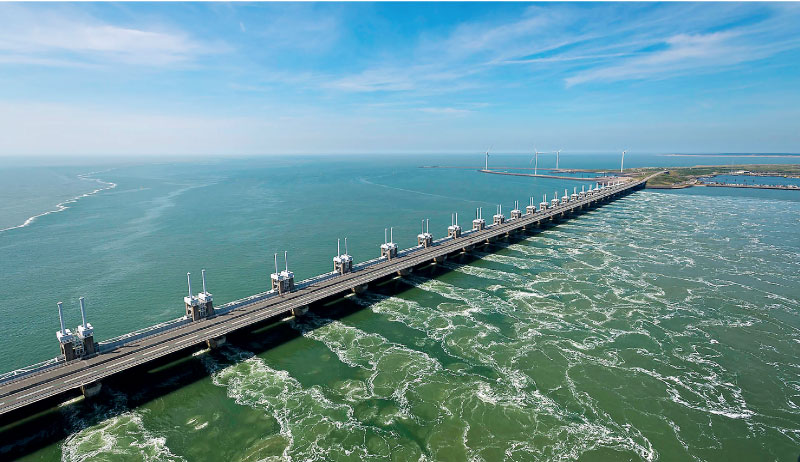 Over 70% of our planet is covered by the oceans. The oceans form a long-term buffer that captures carbon dioxide from the atmosphere. Healthy, productive oceans, seas, and deltas are of immense ecological and economic importance. Not only are they an indispensable source of energy, food, and resources, but they also are crucial for a multitude of global economic activities.

Is there a link between climate change and sea level rise?

Sea level rise is one of the best known of climate change’s many dangers. The latest Intergovernmental Panel on Climate Change (IPCC) report says sea levels are currently rising at 3.6 millimetres per year, and that rise is accelerating as land-based ice masses melt and the oceans expand as they warm. Sea level rise is an increase in the ocean’s surface height relative to the land in a particular location.

Human activities are the main cause of the greenhouse effect, which is speeding up climate change. The Earth’s temperature is rising because people are burning more fossil fuels, cutting down more forests, and using more land for crops and livestock farming.

Global warming is causing the global mean sea level to rise in three ways. First, glaciers and ice sheets worldwide are melting and adding water to the ocean. Sea levels are rising because an increasing amount of energy is being trapped in the climate system due to the emission of greenhouse gases. This energy largely ends up in the oceans, which are warming as a result. Of the extra heat that remains trapped in our ‘earth system’ as a result of greenhouse gas emissions, 93% is absorbed by the oceans. The energy is also absorbed by the ice sheets, causing them to melt.

Second, the volume of the ocean is expanding as the water warms. Water increases in volume as it gets warmer, which means that part of the reason sea levels are rising is because the water is warming up. It takes a lot of energy to warm up all the ocean water, but even warming of just one-tenth or a couple of hundredths of centigrade has a measurable effect on sea levels. The warming of the seawater is directly responsible for around half of the sea level rise. The other half is mainly due to the melting of the ice sheets on Greenland and Antarctica and glaciers around the world.

A third, much smaller contributor to sea level rise is a decline in the amount of liquid water on land—aquifers, lakes and reservoirs, rivers, soil moisture. This shift of liquid water from land to ocean is largely due to groundwater pumping.

Sea level rise and its impact

The sea level rise has a number of severe and unavoidable impacts, particularly on coastal systems. Such impacts include increased coastal erosion, higher storm-surge flooding, inhibition of primary production processes, more extensive coastal inundation, changes in surface water quality and groundwater characteristics, increased loss of property and coastal habitats, increased flood risk and potential loss of life, loss of non-monetary cultural resources and values, impacts on agriculture and aquaculture through a decline in soil and water quality, and loss of tourism, recreation, and transportation functions.

What areas of the world will be impacted most by rising sea levels?

It is important to note that sea levels vary over different regions of the oceans. These variations come from differences in water temperatures, wind speeds, and variations in the gravity field of the earth (even if tide flows are averaged over the globe, the gravity field shows variations).

However, the biggest impact from rising sea levels is to be expected in countries that do not have the financial means to invest in adequate defences, such as the low-lying island states of the Pacific.

Five years after The Paris Agreement

The Paris Agreement provides a global framework that aims at avoiding the dangerous effects of climate change by keeping global warming to 1.5°C. Furthermore, it also endeavours to strengthen countries’ ability to deal with the impacts of climate change and support them in their efforts.

The Paris Agreement is a significant instrument in combating climate change as it is the first-ever universal, legally binding international treaty on climate change. It was adopted by 196 Parties at COP 21 in Paris, on 12 December 2015 and entered into force on 4 November 2016.

At the conference, the IPCC scientists warned that global warming will exceed 2°C during the 21st century unless rapid and extensive reductions in CO2 emissions and other greenhouse gas emissions occur in the coming decades. However, at this point, it is clear that achieving the goals of the 2015 Paris Agreement “will be beyond reach”. It is now evident that stabilising the climate will require strong, rapid, and sustained reductions in greenhouse gas emissions, and reaching net-zero CO2 emissions. Furthermore, it is crucial to limit other greenhouse gases and air pollutants, especially methane, which could, in turn, also have benefits both for health and the climate.

Furthermore, beach erosion induced by sea level rise is a critical problem in Sri Lanka. Because of accelerated sea level rise, the country’s beaches may be further eroded, putting pressure on its coastal settlements, commercial activities, and land use systems. In addition, rising sea levels would inundate adjacent areas of wetlands and lowlands, pushing them farther inland.

As a low-lying island, Sri Lanka is particularly vulnerable to the impacts of climate change through monsoons, sea level rise, and storm surges, especially along its coast. This problem is exacerbated by Sri Lanka’s small land area of 65,610 square kilometres and highly-populated coastline. Sri Lanka has got 1,340 km of coastline. As of October 2021, the estimated population of Sri Lanka is 21.5 million, with roughly 50% of inhabitants living in coastal areas on the West, South-west, and Southern coasts of the island. Moreover, 25% of the population resides in vulnerable sea level areas (within 1 km of the coast).

Furthermore, global warming can also severely impact the economy of the country. Sri Lanka’s economy is primarily based on the agricultural and manufacturing sectors which are mostly located in coastal regions. Agriculture is a one of the largest employers of labour in the country (engaging about 28.5% of the labour force), and it is the main land use practice in the country. Sea level rise poses another threat to coastal agricultural areas due to inundation and salinity development. Drought, excessive rains, untimely rainfall, shift of seasons, and pests and diseases have been some of the common complaints of rural farmers. In the face of climate challenges and diminishing incomes, we already see some farmers leaving behind agriculture for other livelihood opportunities. Moreover, farm animal production, fisheries and forestry also will be negatively affected by climate change.

Although numerous research findings are available on different aspects of climate change in Sri Lanka, there is a lack of collection of findings, which is a major obstacle for effective communication. To overcome this challenge, relevant national policy frameworks need to be strengthened.

A growing number of cities are stepping up to the challenge of sea level rise. Most of them are forced to face the climate challenge head on. They are trying to employ multifaceted solutions, alongside mitigating their carbon footprints through reducing emissions.

There are three ways in which states and cities are taking action. They can be broadly classified into retreat, accommodate, and protect. Retreating is moving people and infrastructure to less exposed areas and preventing further development in areas that are at risk. Accommodation options are measurements that make societies more flexible to sea level rise. For instance, the cultivation of food crops that tolerate a high salt content in the soil and making new building standards which require buildings to be higher in order to ensure that less damage occurs in case of flooding. Finally, areas can be protected by the construction of dams, dikes and by improving natural defences.

Many countries are developing concrete plans for adaptation of such measures. An example is the extension of the Delta Works in the Netherlands, a country that sits partially below sea level and is subsiding.

A Dutch model for coastal adaptation

The history of the Netherlands is inextricably linked with water. The Netherlands has an international reputation for innovation, integrated and inclusive solutions that: protect people and infrastructure from flooding, prevent water scarcity and ensure supplies of clean and safe water.

Dutch expertise in water management is as old as the Netherlands itself, and as global seas rise, the Dutch are still on the front lines in dealing with flooding and sea level rise.

In the waterlogged Netherlands, climate change is considered neither as a hypothetical notion nor a drag on the economy. Instead, it is seen as an opportunity.

Dutch coastal cities are combining all three approaches to manage persistent sea level rises. The National Government has already decentralised many aspects of water management: flood protection is the responsibility of regional water management boards. The Netherlands has regional “water boards” that operate independently from the Government so that they can plan long term. They have existed for over 700 years, which shows how seriously the Dutch take land conservation and water management.

A barrier to the sea: Delta Works in the Netherlands

The genius of Dutch water management is demonstrated by Delta Works, which is a massive chain of flood protection structures that were constructed after the occurrence of the North Sea flood of 1953. In the aftermath of the flood, the Dutch redoubled their efforts to battle the sea, creating an enormous flood-control system. It was constructed between 1954 and 1997, in order to block the entrance of water from the North Sea into the land. The dams, sluices, and storm surge barriers were made to shorten the Dutch coastline. This was highly successful, a modern engineering marvel, the Delta Works, which consists of nine dams and four storm barriers that have closed off estuaries and substantially reduced the Dutch coastline by about 700 kilometres. Along with the Zuiderzee Works, the Delta Works have been declared one of the Seven Wonders of the Modern World by the American Society of Civil Engineers.

Today the Delta Program sets out plans to protect the country from lowland flooding, mitigate the impact of extreme weather events, and secure supplies of freshwater. Due to climate change and relative sea level rise, the dikes will eventually have to be made higher and wider. This is a long-term uphill battle against the sea. The necessary flood protection and the resulting costs are a continuous subject of debate which involves complicated decisions to be made and immediate effective solutions to be created. 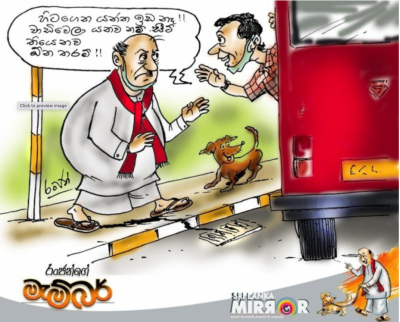